“Sisters.   You can’t choose them…but it feels like I did.”

I swear I have the prettiest, smartest, the most hardworking, and damn sure know how to have a good ass time type of sisters.  There’s always laughter, deep conversations, food, and always, ALWAYS …WINE-O’clock!!

On Saturday, we took an early afternoon girl’s trip to a winery to celebrate Chereeka’s birthday.

Originally, we had plans to hit at least three vineyards to taste test wine, pop a few bottles, have lunch, and have the Mr. do the honors of being our chauffeur because we had planned on being  tipsy allll dayyyy longggg.

BUT, it didn’t roll out that of way.

Chereeka was having a wardrobe malfunction.  I was too busy doing an arts & crafts tutorial and stuff.  And Tamika…I don’t know what that girl was doing.  Maybe she was trying to touch up her make-up?  I don’t know. But what I do know, we ended up leaving 3 hours late.  Therefore we only had time for one– New Kent Winery in New Kent, VA . 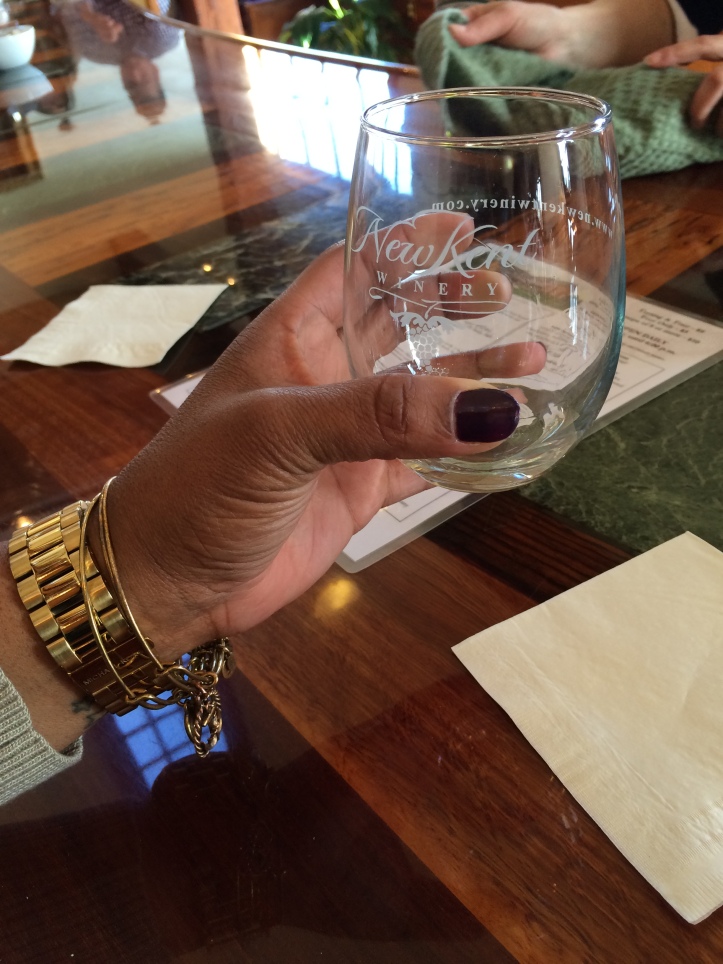 You see, everything happens for a reason because New Kent Winery showed the sistas some love—great wine, friendly staff, and a cozy ambiance.

This is how it all went down…

First, we had a few test tasters of different flavors of wines. 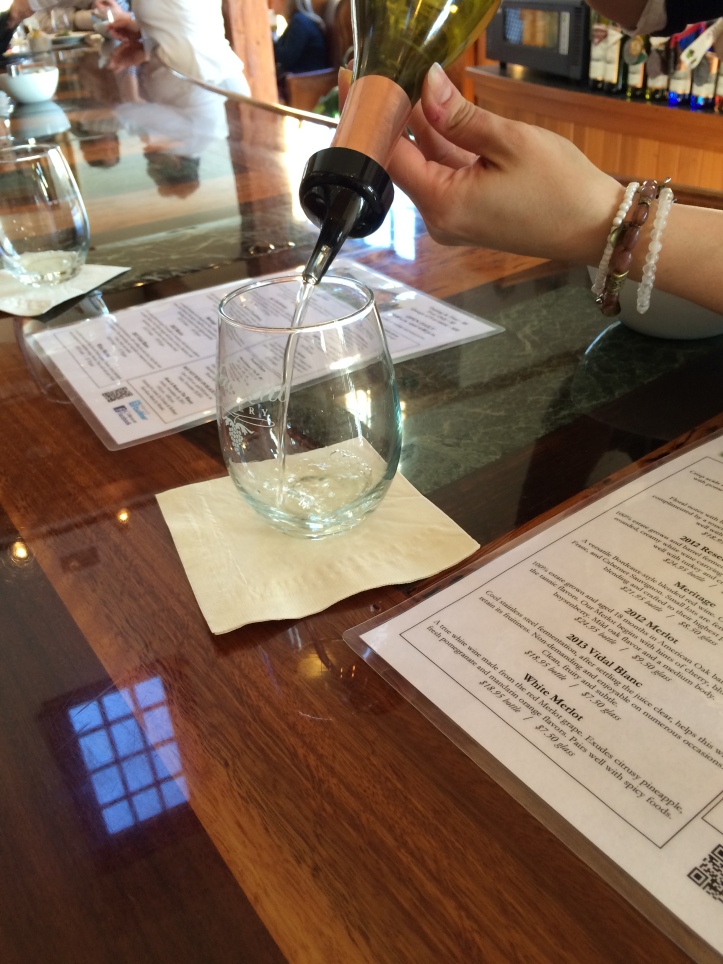 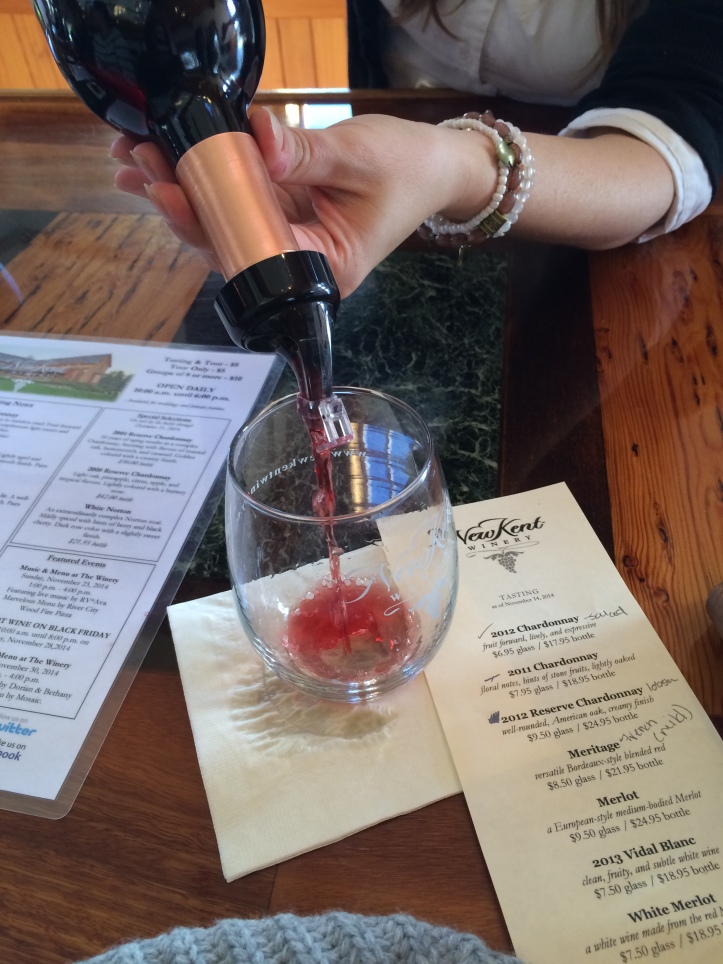 Then, we couldn’t decide which one we wanted to purchase.  We were torn between 2013 Vidal Blanc and White Merlot.  Tamika and I thought the Vidal Blanc tasted the best, while Chereeka just loved the rose gold color of the White Merlot and the honey suckle flavor of it. 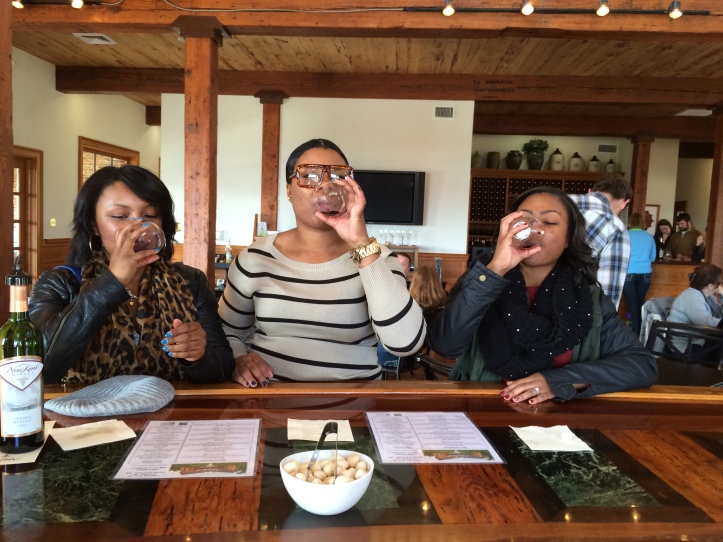 Finally, we all decided that Vidal Blanc, later renamed by Tamika as the “porch sipping wine”, should be our bottle of choice.

We headed outdoors on their wide country porch that overlooked the woods and the bare veins. 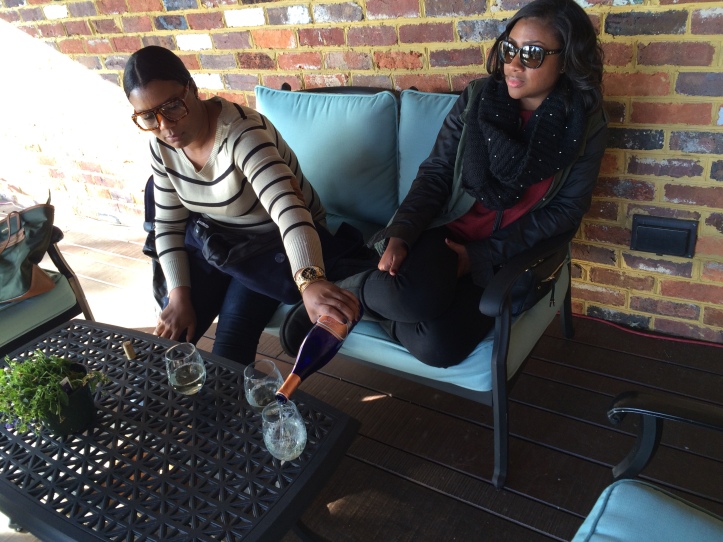 Once the alcohol took its course, Chereeka lips began to flap away, talking a mile a minute.  And I instantly became a photographer to capture it. 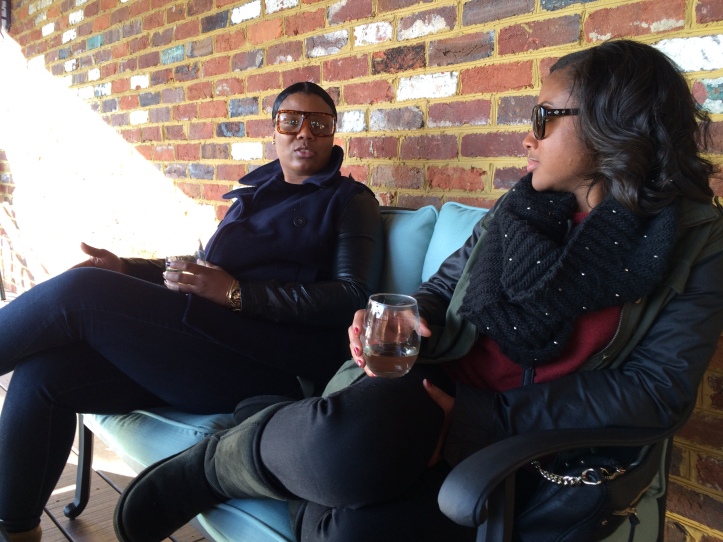 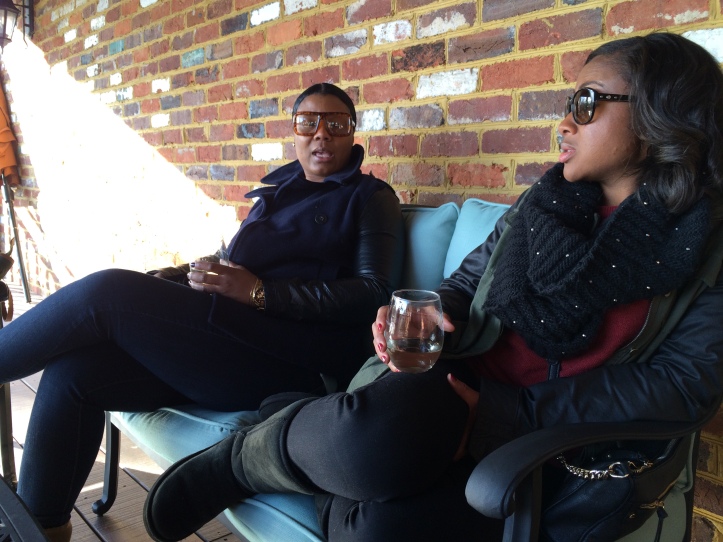 At 3, we headed to New Kent’s winery tour and discovered some pretty cool quick facts.

And then a question sparked and I blurted, “How long do you allow your wine to sit in these barrels before bottling?

Who knew that it would take a year to 18 months for wine to go through fermentation? Geesh.

After the tour, we were good and tipsy and spent the rest of our time taking usies and tripping over barrels.

What can I say?  Me and my sister sure do know how to have some fun.