“Ohhhhh shit! You good?” I could hear Rodney scream as I rolled over from tumbling face down.  “Yeah.  I’m good.”   But I really wasn’t. My back ached from slightly being cracked.  My neck was a little stiff and my confidence was shot after falling off of the Jump Ball.   I was SO embarrassed. “Yoo! You ate that shit.  I thought you might have hurt yourself for-real. That shit was kind of scary.” said Rodney.   I laughed and lied, “Naw, I’m good.” I quickly changed the subject as I scanned the area to see who else witnessed my downfall and said, ” Are you ready to go? Where’s Taryn?”

Can you imagine physically challenging your semi athleticism  in a 5K doing some of the most ridiculous obstacles that worked every muscle in your  body? Me, Taryn, and Rodney was up for the challenge. We ran the ROC Race, the original game show inspired obstacle run that featured 12 obstacles ranging from difficult to hell of fun. The methods to survival was endurance, perseverance, and the ongoing motivation of your running mates.

“NO WALKING ALLOWED!” Taryn shouted as a couple strolled to their next obstacle.  In my head, I instantly reflected on her comment, “No walking?! What the fuck she mean no walking?” I was already tired from the 2 minute incline we jogged. I was tired as hell from speeding across a narrow lane to avoid getting smacked off by a gigantic Sweeper.

Even the minor speed race before making a quick dive into The Foam of Fury that was followed by a short jog to the Tight Rope Transverse and Tarzan while being soaked and wet was beginning to suck the life out of me. 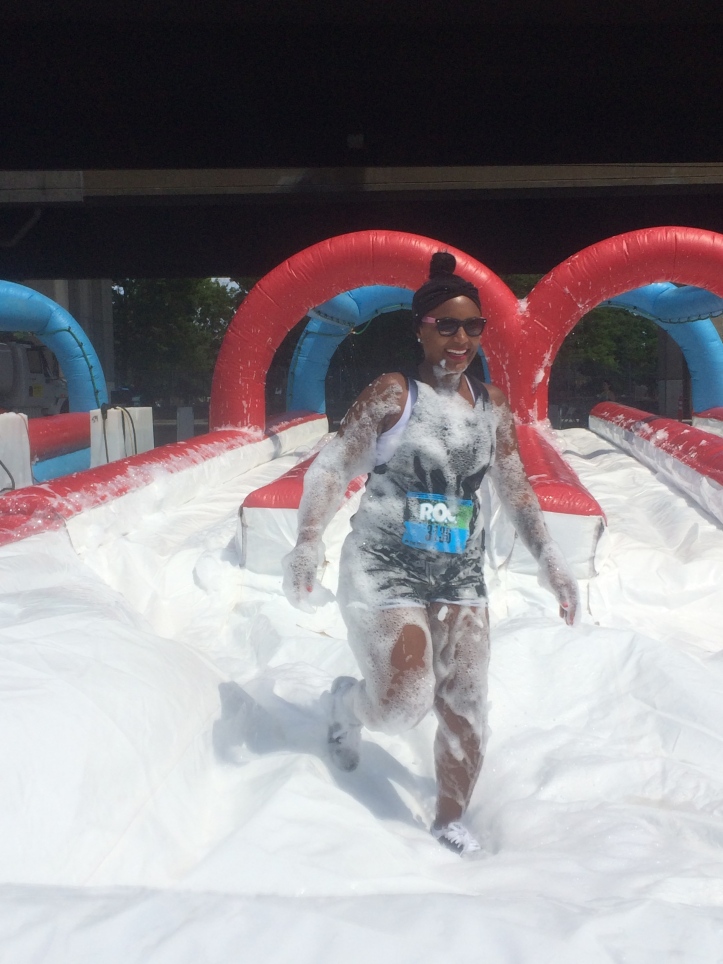 Shit, let’s talk about the million and one selfies,  usies, and photo-shoot I took prior to starting the race.  That shit wore me out. I was exhausted. And Taryn talking about “no walking?!”  We were a long ways from the finished line. 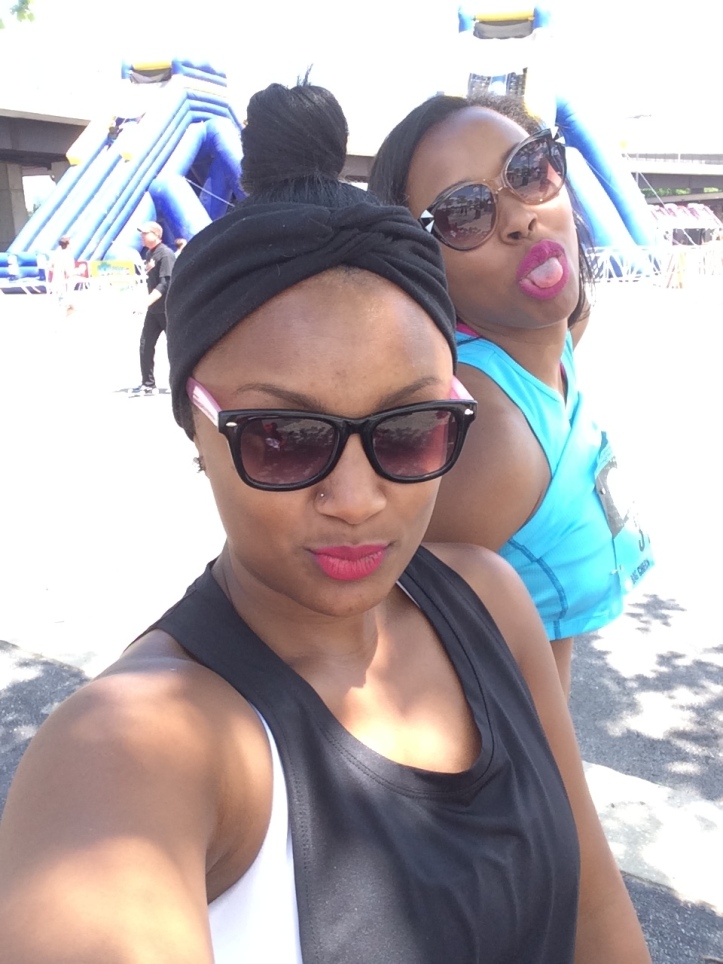 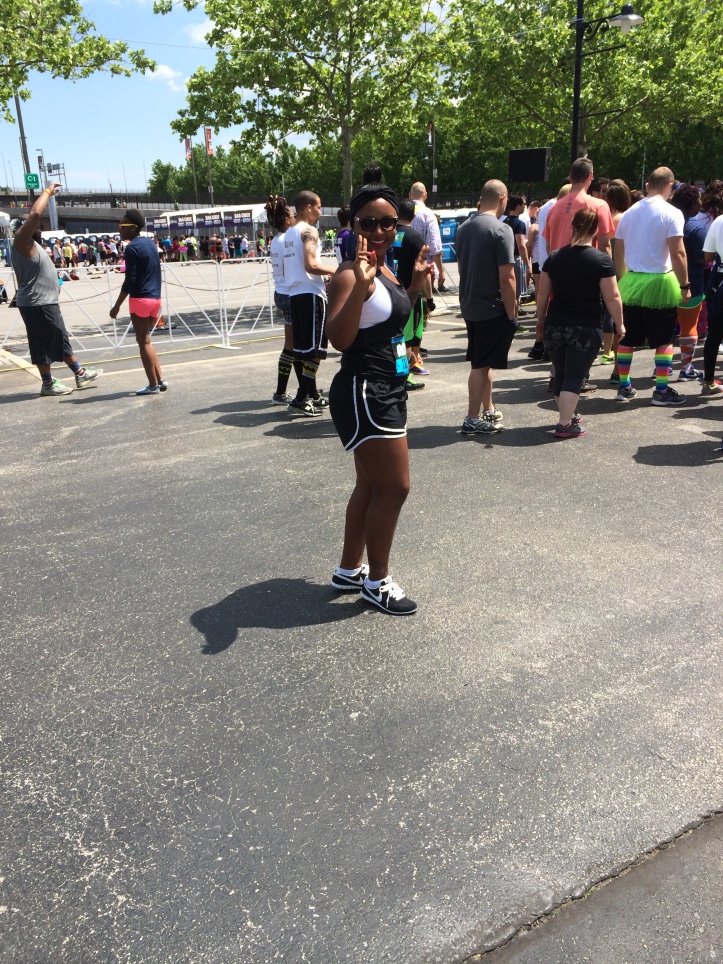 But I kept my mouth zipped, focused on my pace, and mentally prepared myself for the next obstacle, Cool Runnings.  Oh boy, water.  “I wonder how deep the water is?” 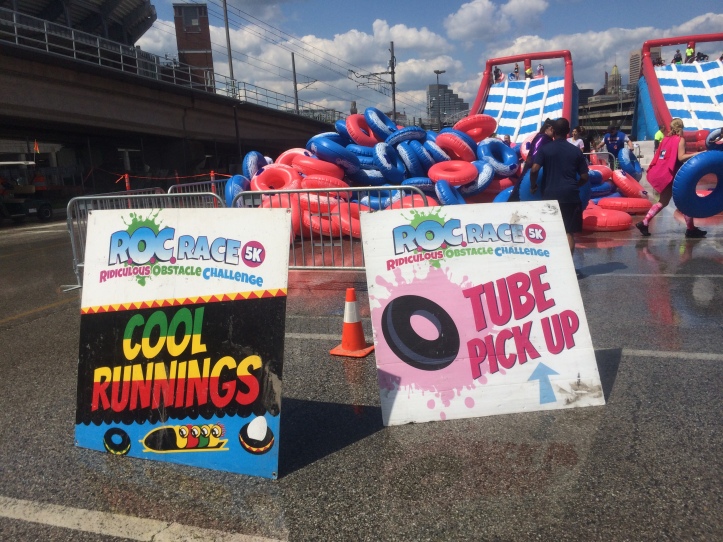 My heart raced with anxiety as I prepared for the long slide down. “1…2…3…Go!” I shouted to Taryn. Before you know it, we were going full speed down the slide before my body ejected out of my tube and into the water. Midway down the slide, Taryn had fell out of hers too.  I looked back and Taryn’s tube was on her head.   We clearly bombed this challenge, yet it was still fun.

Our next challenge was a lot more chilled than the ones prior and the others that were ahead.

I took that time to exhale, inhale, and enjoy the short break because soon we would be jogging uphill to reach our next obstacle.  The obstacle I was mostly afraid of, The Wrecking Ball. 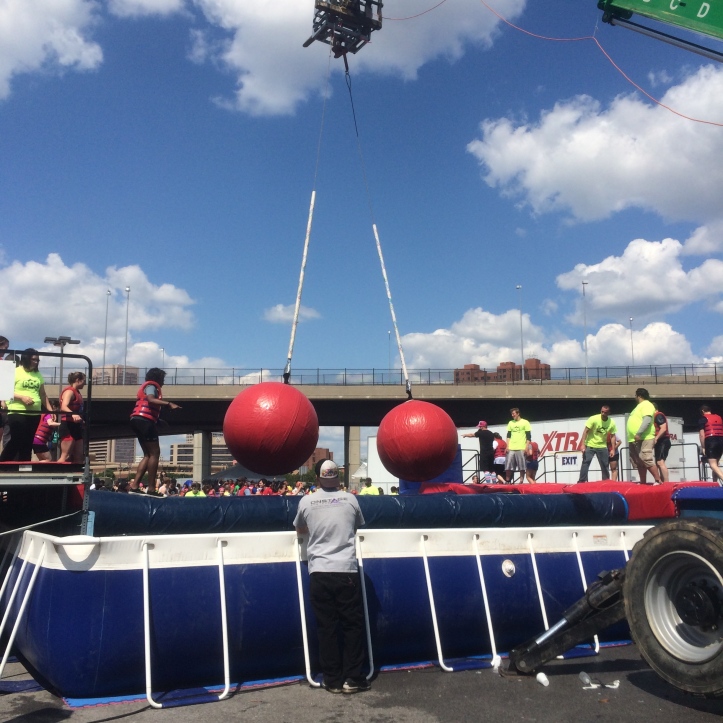 Two workers stood outside of the gate video recording participants as they obnoxiously laughed out loud at their failures. I wanted to prove them wrong that it COULD be done.  I was going to be the one to run across the wet and narrow lane as fast as I could while dodging the wrecking ball. I made a plan and reviewed it twice before going across to only still get knocked out within 2 seconds. Damn it!

As we all cheered and motivated our way through our final obstacles, we were excited to be approaching the finished line. It was a steep climb to the World’s Largest Inflatable Water Slide. You could slide either face up or face down.  I slid face up, while Taryn slid face down as we screamed passed the sign acknowledging our completion.

We danced at the foam party to celebrate our victory. 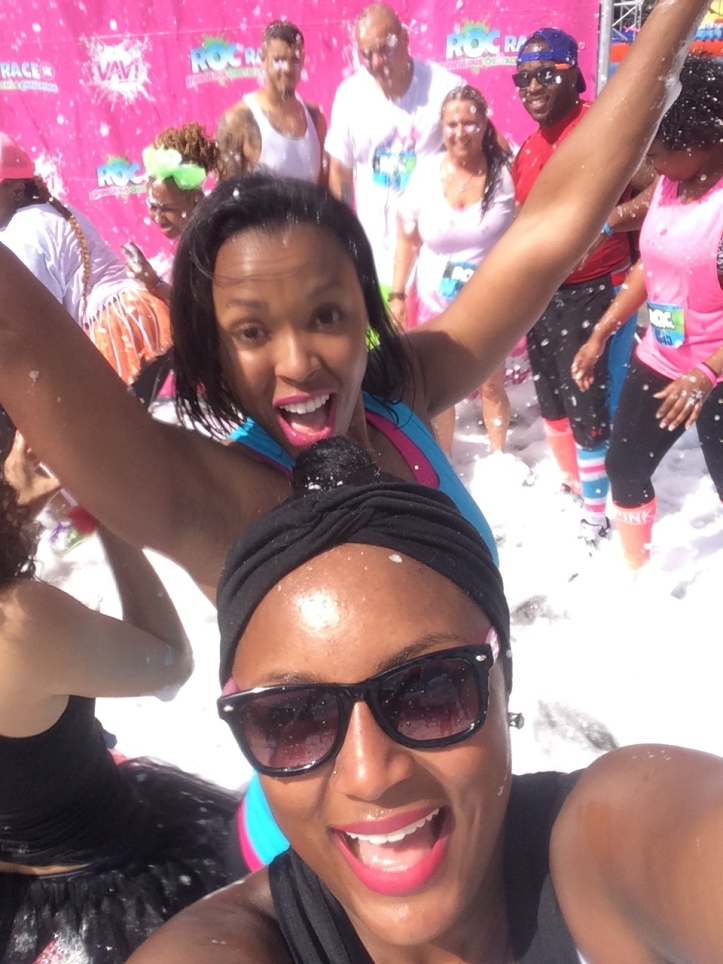 Looking back, completing the race was a reward in itself.  We met our individual goals and we did it as a team.  Even all the injuries and embarrassments throughout the race couldn’t take away my joy! I was happy it was over and impressed that I did it.   Mission Completed.

What’s the next race? The Zombie Mud Race. I’m ready to embrace the inner Rick Grimes from The Walking Dead. I love that show by the way.